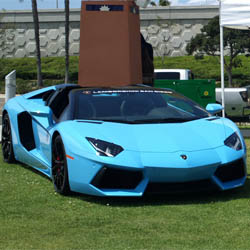 Do you want to import a car from the United States to Italy? Let's face it, it will be one of the most burdensome and frustrating experience you can have dealing with bureaucracy, especially if you came from a country like the United States. If I told you the average passenger car importer has to spend more than $5000 and one year to complete the importation and Italian registration process, would you reconsider?

Some questions you will ask, beginning with the more general one like: How much money will the entire process cost? To some very specific and unobvious ones like: What is omologazione and why it is essential you need to know before even finding a shipper? How to legally avoid the dogana ask you to pay dazio? What are dogana and dazio? What is the difference between a concessionaria and officina? What is the collaudo and what should you do when you have a problem with freni. What is the motorizzazione?

In the news
Italy residents not allowed vehicles with foreign plates
Under the new law, a person who has residency in Italy for more than sixty (60) days will be not be allowed to drive a foreign-plate car, nor will such person will allowed to drive such car registered to a relative or friend abroad.

Italy targets 1 million electric cars by 2022
Italy has one of the lowest new purchase rate in Europe of electric vehicles, however, that may be about to change with the new proposed law from the populist government to accelerate the adoption of electric cars.

Like you, I could not find a precise, detailed and transparent guide for this process anywhere in English or Italian. After spending unreasonable amount of time and money which often end in little more than frustration until the next frustrating step, against all odds, I finally got the Italian license plates for my car. However, the experience was so unpleasant and costly that I had to share it with anyone who is thinking about doing the same, so you will know exactly what to expect and make a fully informed decision.

Like many others, I could not have made a fully informed decision because the lack of information. I was stubborn and resourceful enough to have learned the process and completed each step by myself, often when so-called experts did not know how to do it, and I am sharing it all with you here.

This is the only web site in the world devoted specifically to the complete process of importing your car and registering it in Italy. My eBook is based on experience, backed by facts and Italian law. You will not find such detailed information from one source anywhere else and it will pay for itself in little time. It will most likely save you more than two thousand euros right off the bat.

Many people wish that they had a guide like this before shipping their cars to Italy. Here are some real-life scenarios which using this ebook could have saved much money and hassle for the owners:

This guide is worth days spent in front of incompetent and clueless bureaucrats and so-called experts. Don't skip this one-of-a-kind guide, because you will come back to it later down the road and wish that you read it first. Buy this guide now and it will pay for itself many times over! You will be relieved that you did. Often, one simple detail could mean the difference between several hundred to thousand euros and weeks to months wasted. In addition to all the information detailing a complete real-life experience from before shipping to finally getting the Italian license plate, there are even more such as how to import classic cars, photos of homologation symbols needed to pass the car test, how to sell your car in Italy:

© 2008 Lincoln Han. All Rights Reserved. Reproduction in any form must be permitted expressly in writing.